Greetings to my Labrats, Minions, and Asylumites!

Well, what can I say?  December was a good month for evil scientists...who also write. Thousands upon thousands of copies of Asylum were downloaded during the free promotion around Christmas.  If that doesn't start the old word-of-mouth machine, then I'm back to kidnapping and read-by-force tactics... 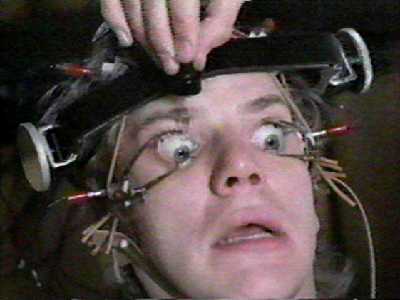 "Oh my sodding glazzies!  I can't viddy no more of this strack, oh my brother!"

So I've had the question put to me a couple of times lately...when's the next one coming out?  Well, right now we're aiming for an early October release for the next book in the series...Abraham's Men.  Yes, the Birch Harbor series will continue this year.  (I'll even tell you that I'm three chapters in and loving every minute of it.  You won't believe what Seth's been up to over summer break!)

Anyhow--I also wanted to thank everyone for the kind encouragement I've gotten through emails, reviews, and facebook.  It's such an amazing feeling to hear how much someone likes your story...as opposed to how terrified people are of your death-ray or cyborg army.

So anyhow...in the meantime...here's a little something to keep you occupied until October:

EXTRACT AND GROW YOUR OWN DNA AT HOME!!!!!